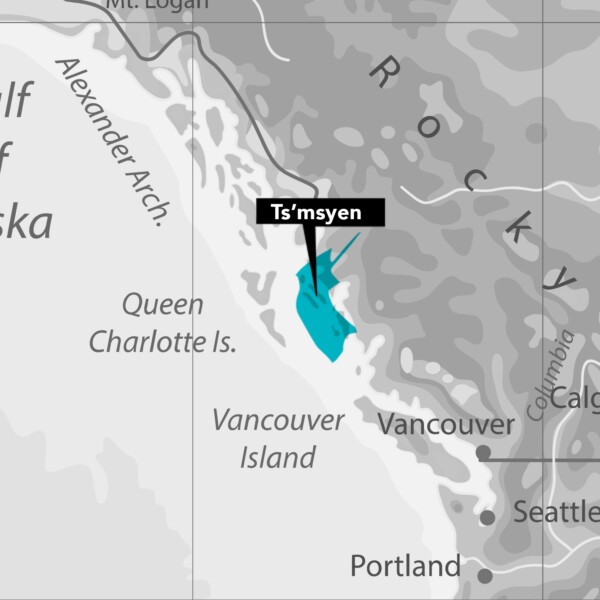 Laxyuubm Ts’msyen, the Land of the Tsimshian encompasses the great Skeena River watershed of British Columbia from the Pacific coast, east to the Skeena Mountains, and all the coastal lands and offshore islands north to the Nass River and south to Douglas Channel. Tsimshian art has long been respected and valued for its beauty and precision. Their name itself translates to, "Inside the Skeena River". Tsimshian formline often looks, according to some, more “complex” due to thinner primary lines and details within the negative spaces. Some stories even tell of Haida Chiefs commissioning Tsimshian artists to travel to Haida Gwaii by canoe for their services. The Tsimshian are a seafaring people and relied on the sea, bays, and tide flats for a bounty of food that could be preserved to last through winters.