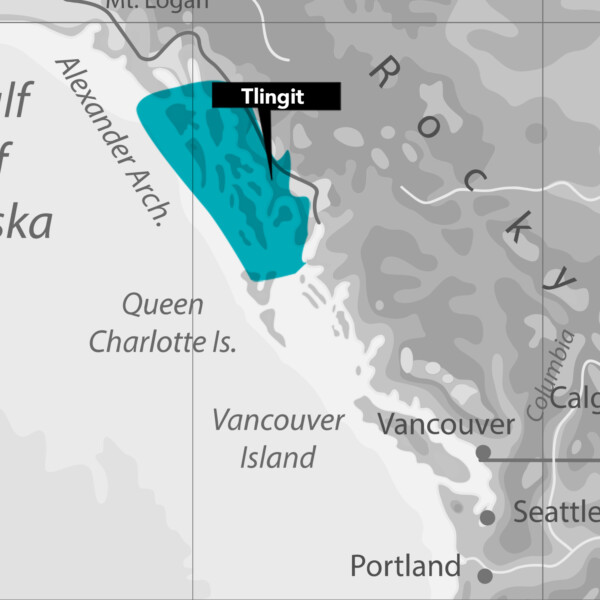 Tlingit translates to People of the Tides” in the Tlingit language.  Tlingit culture developed in the temperate rainforests of the southeast Alaska coast and the Alexander Archipelago. The Inland Tlingit inhabitthe far northwestern corner of British Columbia as well as the southern Yukon Territory in Canada.  The Tlingit, like many other cultures of the Northwest Coast were traditionally animists and hunters would ritually purify themselves before hunting or fishing. As seagoing people the Tlingit carved large prow canoes for long distance travel as a means of trade and communicating with other tribes. Like other Northern cultures, the Tlingit identify themselves through an intricate system of clans.  Families are traditionally matriarchal and thus a person would inherit clan status from their mother. Tlingit formline is recognizable through thick primary lines.