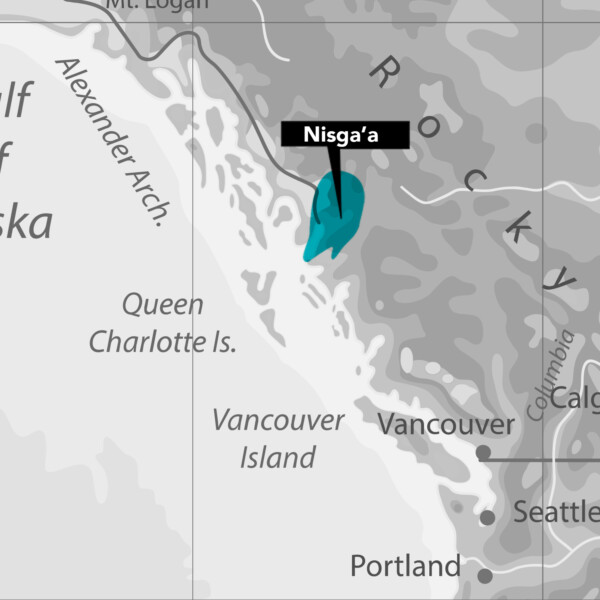 The Nisga’a are the people of Lisims, the Nass River.  Like many other cultures of the Northwest Coast, the Nisga'a looked to the water and would harvest razor clams, mussels, oysters, limpets, scallops, abalone, salmon, and other fish. Oolichan, often called candlefish return to the Nass River at the end of winter.  Their return was often during times in which Winter stores were running low for the Nisga’a people. Thus they are greatly important and often called savior fish.  Nisga’a art features northern style formline with thicker primary lines. Many sources also maintain that the Nisga’a invented the technique of weaving Chilkat Robes.