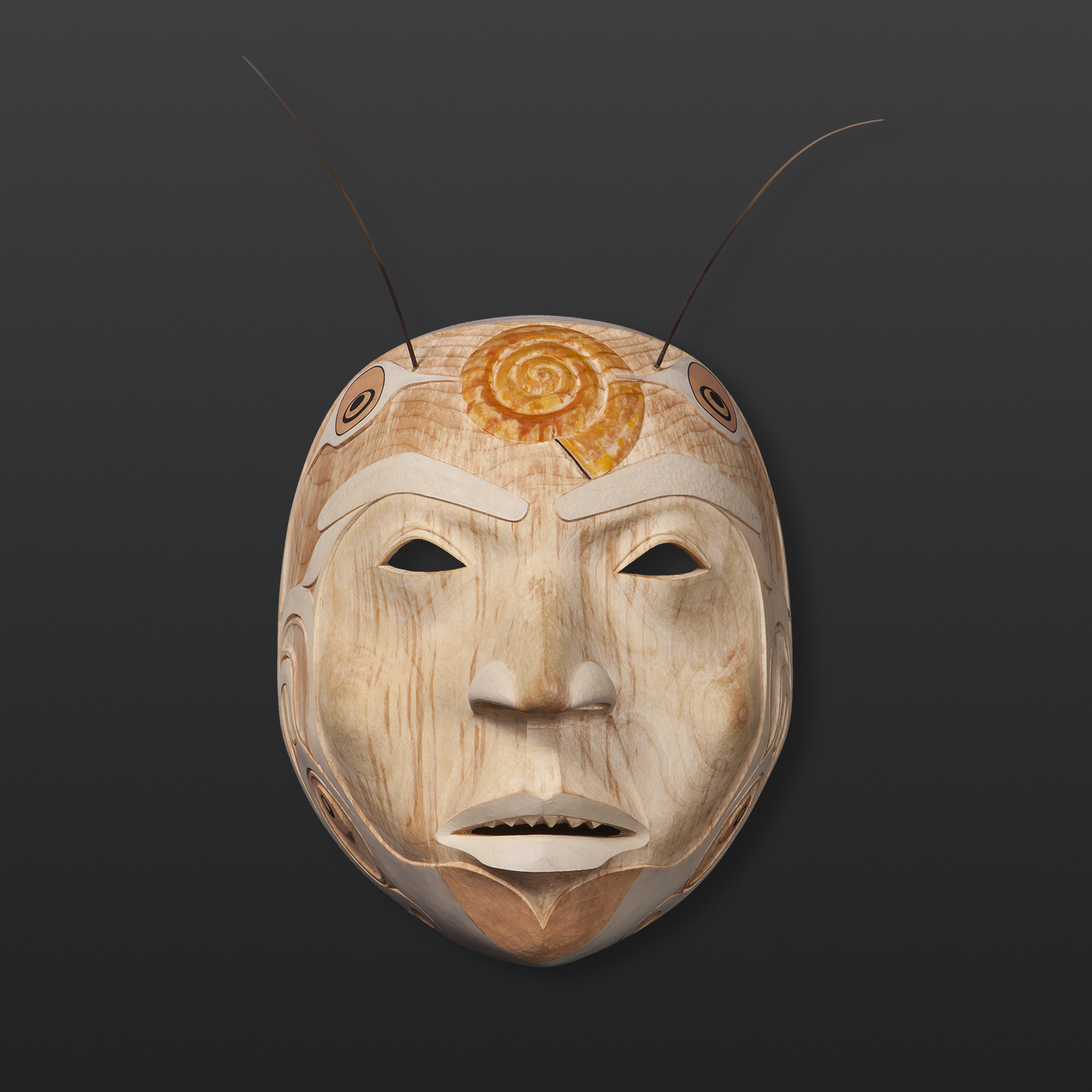 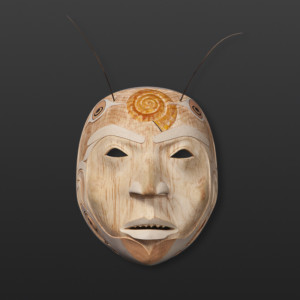 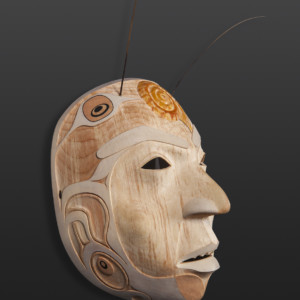 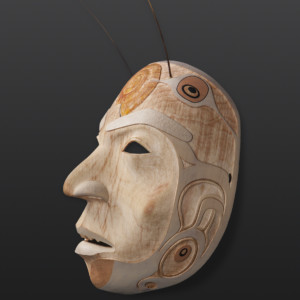 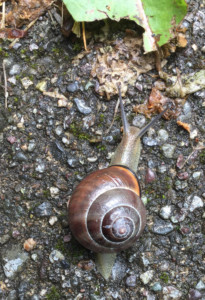 The Snail Prince is a story about the beautiful daughter of a very proud and wealthy Tsimshian Chief, who was very protective of her and refused all offers for her hand in marriage. She was locked away at night and only allowed to go walking when no one was in sight. One day she saw a snail on her path and kicked it with her foot. “Maybe you want to marry me, too?” she said to the snail. A few days later, a mysterious, smooth skinned visitor came to her room at night and the princess fell in love with him. He was the Snail Prince and had taken her offer of marriage seriously. After she agreed to marry him, he took her away to his village that was as far off in the distance as the rising sun.

Raven and the Sun BraceletAllen Thompson $1500