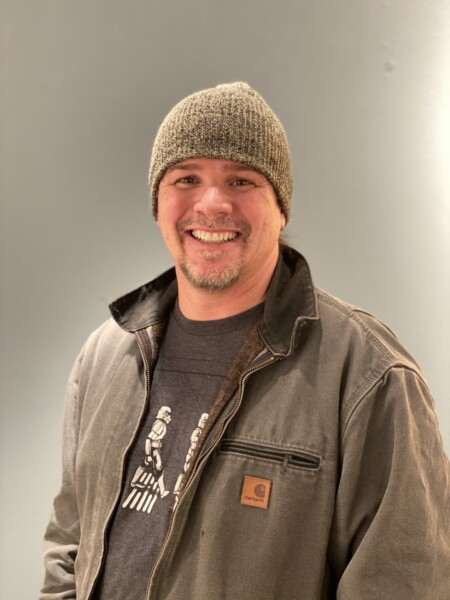 Peter Boome is a member of the Upper Skagit Tribe of Washington State. He is a Coast Salish artist who works in a variety of mediums. His focus during the last few years has primarily been graphic work as a result of his academic schedule. Peter earned his AA from Northwest Indian College, his BAS from the Evergreen State College, and his JD from the University Of Washington School Of Law.

Peter’s specialty is hand-pulled serigraphs. He prints his own original designs, as well as the work of other artists. As a printer, Peter has worked with a variety of new and established indigenous artists, some from as far away as Canada and New Zealand.

As an active member of his community, Peter enjoys giving back. He has printed and introduced the work of many artists who were previously under the radar, and would have otherwise not had the opportunity to have their work printed. He continues to strive toward the expansion of tribal art.

Peter is a regular attendee of many prestigious juried art markets and events throughout the country. His work has shown at the National Museum of the American Indian in both New York and Washington DC.  He has also shown at the Heard Museum in Phoenix, the Eiteljorg Museum in Indianapolis, the Autry Museum in Los Angeles, and the Washington State History Museum; where his work is part of the permanent collection.

“Art is all around us. Art is everywhere in life. There are lines, curves, shapes, colors, and shades all around us. Each culture has its own way of expressing the art of our world, a window through which we view the world. I am a Coast Salish Artist. My art is rooted in a historical design tradition. My art is a direct reflection of my culture; it is also a reflection of my personal, cultural, and world view. I believe art is more than a simple reflection of culture. I feel art influences and guides cultures in many directions and ways. If you accept that art and culture are intrinsically connected you realize that art like culture is malleable, while based on a historic foundation both continue to evolve and expand. Our use and need of art is as strong as our use and need of culture. It is intrinsically connected; it surrounds us and often guides us. As an artist representing a distinct culture there is a moral obligation to carry on the artistic tradition with the utmost care and respect. We must carry on this tradition by honoring the past, representing the present, and laying the foundations for the future.” --Peter Boome