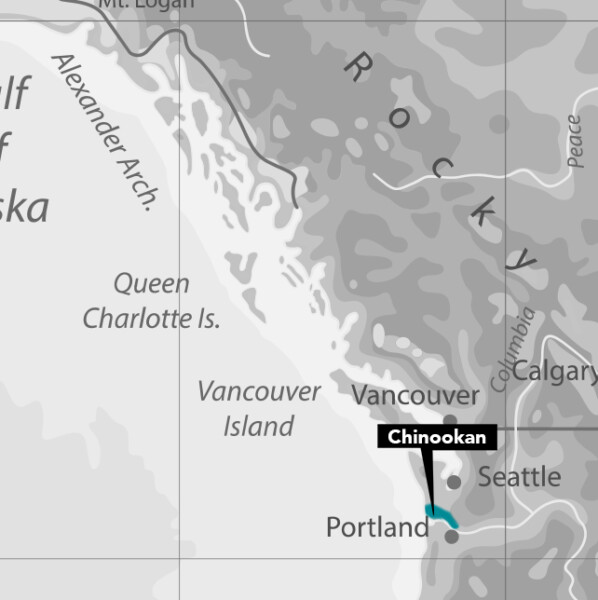 The lands of the Chinookan Peoples extends from the Lower and Middle Columbia River downstream and west to the river’s mouth as well as long adjacent portions of the coasts(Tillamook Head in present day Oregon to Willapa Bay in southwest Washington State). Chinook families welcomed Lewis and Clark to the Pacific Ocean and helped them survive the brutal winter of 1805 and 1806. Without this crucial help the expedition, already burdened with troubles, likely would have been disastrous. Being peoples who lived on various fertile and vibrant bodies of water, Salmon was a mainstay of their diet. Their art is incredibly unique and is quickly differentiated from artistic styles of the other different cultures of the Northwest Coast.  Their art often reflects the presence of Tamanawas. It is believed that all creatures and objects in this earthly world have corresponding Tamanawas in the other worlds such as the Sky World, Spirit World, and River World.