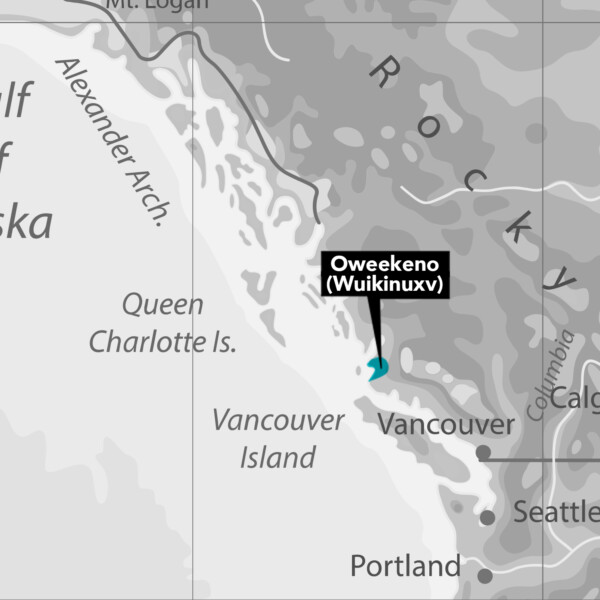 The traditional lands of the Wuikinuxv Nation, also known as the Oweekeno Nation, are the shores of Rivers Inlet and Owikeno Lake in the area south of Bella Bella and north of Queen Charlotte Strait in the Central Coast region of British Columbia. At one time the Oweekeno were considered to be an extension of the neighboring Kwakwaka'wakw Nation, but in more recent years very important differentiation's have been made and the Oweekeno are rightfully acknowledged as a separate nation.