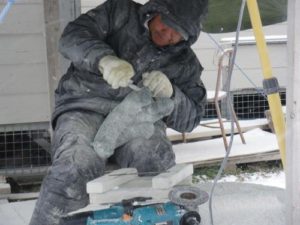 Ashevak was born at the nursing home in Cape Dorset. The eldest child of Kumajuk and David Adla, he started carving when he was 11 years old with his grandfather’s (Audla Pee) tools. Ashevak used to watch his grandfather making birds so he started by carving something a little easier, like the heads of birds or seals.

Ashevak is a full-time carver since there isn’t much work at Cape Dorset. He would like to continue to carve and is not anxious to find another line of work. He used to work with an axe and hacksaw but now he makes more carvings using power tools. He loves making birds with their wings open wide. He says he learned by watching Nuna Parr and his son, Jutani working on bears. Ashevak remembers when he was a child his other grandfather, Kalai Adla, told him that when he grew up he could be a carver. 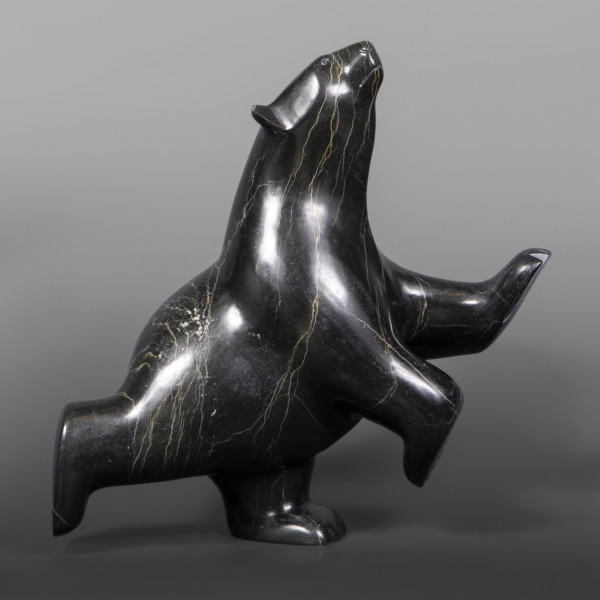 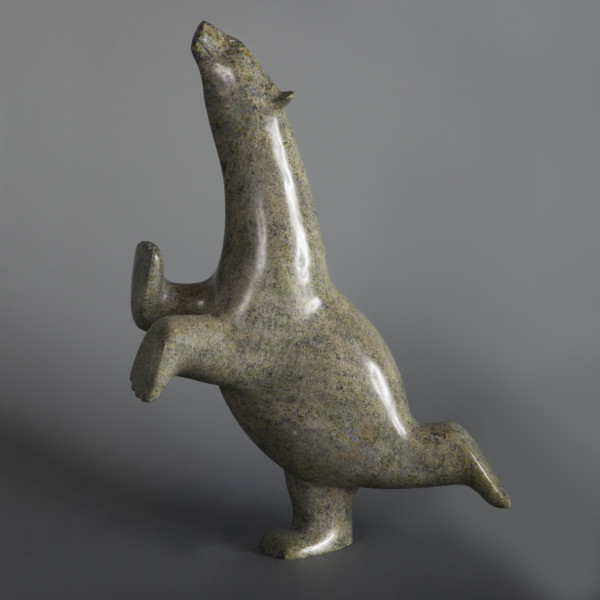 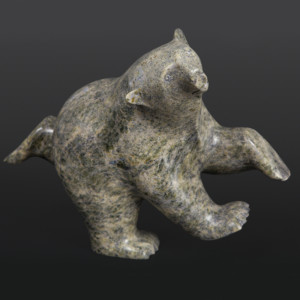