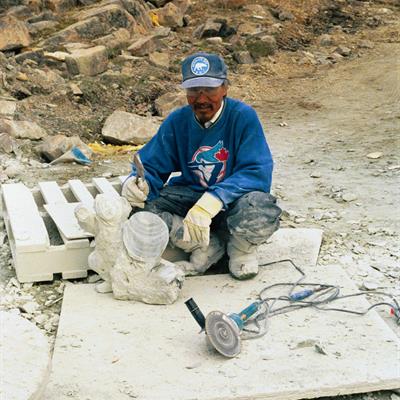 Kellypalik has been exhibiting since the mid-1970s and was included in the 1989 “Masters of the Arctic: An Exhibition of Contemporary Inuit Masterworks,” which toured for more than a decade. He shows widely nationally and internationally and has had a number of solo exhibitions. Although known for his carvings of bears and other wildlife, he also sculpts figurative subjects and particularly enjoys transformational themes.