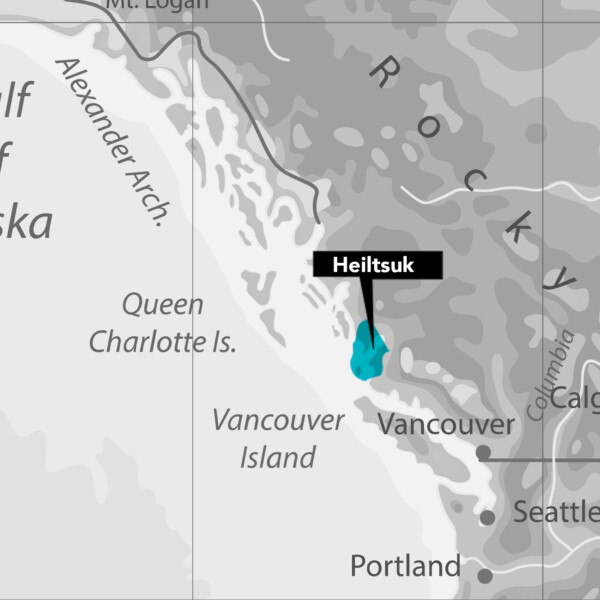 The Heiltsuk People inhabit an area of the Central Coast region in British Columbia, centered on the island community of Bella Bella.  Originally, they occupied more than 50 major villages spread across their territory. These villages would range from well-established winter villages to numerous seasonal summer villages situated along salmon streams, fertile coastal waters, and along trade routes.  Waterways served as highways connecting these various village sites.  Historically The Heiltsuk have been renowned among their neighbors for their artistic, military, ceremonial, and spiritual expertise.  They have found livelihood in the ocean, fishing for salmon, halibut, gathering clams and seaweed along the coast and harvesting herring eggs. Summer and Fall are spent harvesting and preserving food. Winter is a sacred season, for generations the Heiltsuk have held winter feasts and ceremonies to honor the supernatural world.