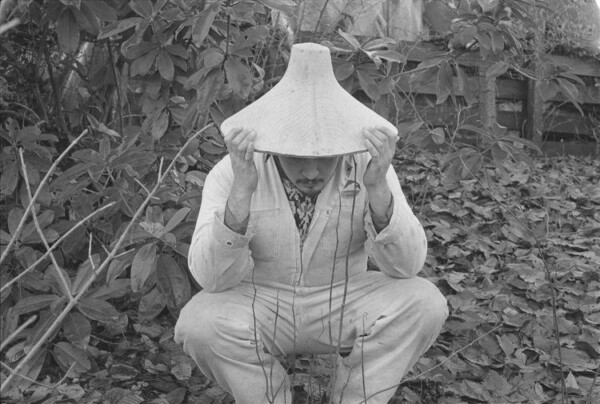 Ron’s uncle, Norman Tait, is the foremost modern Nisga'a artist and took Ron as a student and apprentice in 1983. Since this apprenticeship, Ron has developed his own personal style using traditional Northwest coast techniques, but which has been strongly impacted by a car accident that very nearly killed him. This incident has led him to deal almost exclusively with the themes of transformation, spiritual journeys and the impermanence of physical existence. Ron has also been influenced by his study of anatomy and of African, Japanese, and Italian cultural art.

Ron Telek has exhibited around the world and is much sought-after. His work is metaphysical and is largely concerned with shamanistic traditions. It always depicts shaman-helpers, spirits and themes of good and evil. Shapeshifting, or transformation, is an essential component of his work as it shows the permanence of the spirit and the temporary nature of the physical form: human, animal or otherwise.

Ron’s work is unique in the world of Northwest Coast art and as such, he has and continues to enjoy major success with collectors, galleries and museums.