Roger was born in Masset, BC on January 6, 1984. Roger attended the Freda Diesing School of Northwest Coast Art for two years. His work has been shown at the Terrace Art Gallery and the Kitimaat Museum. In 2016, he received a scholarship from Vancouver-based company Native Northwest. In 2018, he won the President’s Art Award from Northwest Community College for a painting inspired by a traditional Chilkat blanket. Between 2018-2019, Roger apprenticed under Haida artist Corey Bulpitt. In 2020, Roger completed the Jewellery Arts Program at Vancouver's Native Education College. 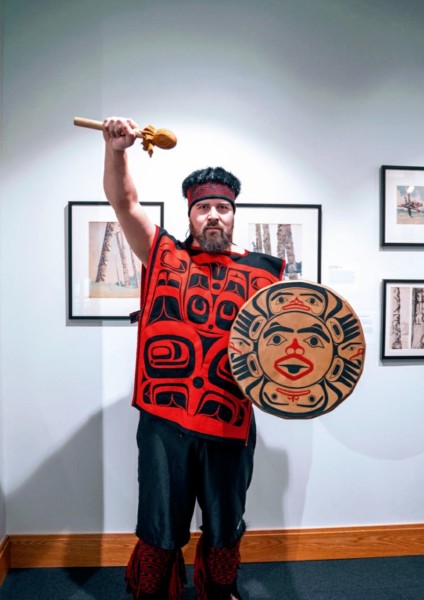