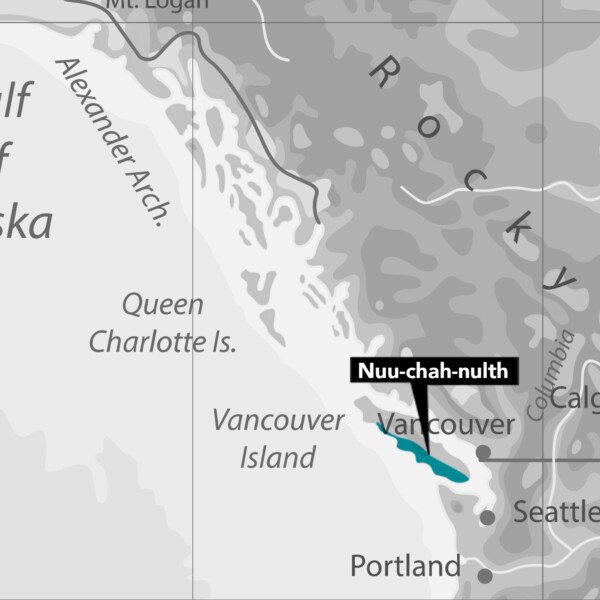 The term Nuu Chah Nulth people are from the West Coast of Vancouver Island.  Under the name Nuu-Chah-Nulth there are fifteen related tribes that traditionally held villages along the coast from Point No Point in the south to Brooks Peninsula in the north.  The Nuu Chah Nulth see the universe as being comprised of four great realms, the Sea World, the Land/Mountain World, the Sky World, and the Spirit World. Like many other nations of the Northwest Coast, the sea provided food and materials.  An important and notable part of Nuu Chah Nulth culture is the importance/practice of Whaling both in spirituality and in the feeding of people. Marine mammals, various fish, and shellfish are major staples for the Nuu Chah Nulth people.