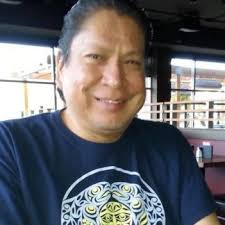 Coast Salish artist Joseph M. Wilson (Sxwaset) was born in Duncan, British Columbia in 1967. He is a member of the Halkomenum-speaking Cowichan Tribes.

At the age of 11, Joe developed an intense interest in Native art and in the carving of his stepfather, Johnny Sampson. By the age of 17, he was taking his artwork seriously and began selling his work in stores and art galleries.