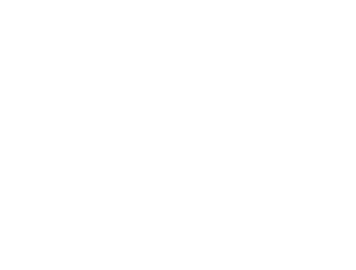 Isacie was born in the summer on August 21, 1973 in Iqaluit, Nunavut.  As a child, Isacie would watch his maternal grandfather Latchaulassie Akesuk carve and he would observe the techniques of his well known master carver relation.  Latchaulassie carved birds in a distinctive style with wings on the side open downward.  At about age 16, he would help his grandfather filing and sanding carvings.  Latchaulassie showed him how to use the axe and hacksaw, the tools for carving in the early days.  One time Latchaulassie drew him a picture of a bird and asked him to carve it when he was about 23 years old and Isacie did make the carving like the drawing.

He also watched his father Etidloie Petaulassie carving birds.  Isacie comes from a family of talented artists.  His paternal grandparents were both artists, Aggeak was a carver and Timangiak created drawing, prints and sculpture.  Isacie’s uncle Papinak Petaulassie is a carver as well in Cape Dorset as is his sister Maata Petaulassie and his sons Samonie Shaa and Oqittuq Shaa.  Aqjangajuk Shaa is his father-in-law and Salo Shaa is his wife Punisiti Shaa’s nephew.  Punisiti helps Isacie by sanding his carvings and helps her father Aqjangajuk with sanding his carvings as well.

Manumie Saru, Isacie’s grandfather also on the maternal side did carvings in later life like simplistic walking polar bears, minimal in design that were popular.  Isacie’s family used to live in the same camp as Manumie.  Manumie lived a traditional nomadic life later then most families in the area.  Isacie, as a young boy, followed Manumie to Kangisukuttaaq, the stone quarry site still in use today, to mine stone for carving.  There they became weathered in for an additional week and had no food, Isacie and his grandfather returned to Cape Dorset by boat in extremely rough seas.  This left a lasting memory for Isacie.  Isacie has gone for years with Aqjangajuk to the stone quarry sites to help mine stone.  In the past five years, Aqjangajuk has not done these stone quarrying trips as they are very physically challenging and unpredictable.

Isacie was in his early 20s when he started to carve full time, power tools such as grinders and dermal tools were in common use by then, replacing the axe, chisels and hacksaw used by his grandfathers and father.

Isacie attended the Nunavut Arctic College and completed their jewelry and metalwork training, obtaining a diploma in the Fine Arts and Crafts Metalwork and Jewelry program.  He had a lot of fun working with metal, learning how to solder it and to “make it shine”.  He has an easy time making the transition between carver and jeweler.  Isacie is currently not making jewellery as he does not have the tools for jewellery making.

Isacie says he admires all carvers, saying they all have different talents.  He has been happy to share his talent with his two sons, Samonie and Oquittuq.  He shows them how to carve by letting them watch, offering them his advice and instructing them while they practice.  Isacie said that his sons had initiated the instruction because they wanted to learn how to carve.

Isacie is an emerging artist with over twenty years experience carving stone.  He carves primarily in serpentine stone and will also carve in white marble.  His work is focused mainly on bears – dancing, diving and walking.  Isacie’s bears are entertaining with precise facial features and robust bodies.  He possesses the skill to balance the bear in up to 4 different positions.  This technical ability to balance the stone on a variety of paws allows him and his admirers the freedom of movement with his carvings.  These delightful bears are often dancing and diving.  A dancing bear may be able to stand on either hind leg allowing the observer to make the carving dance.  The well executed diving and dancing bears can either dance on a hind leg or dive in with their front paw.  Isacie supports his family through his artwork.

Isacie’s favorite part about carving is being able to envision the carving before it gets started and also finds it exciting when the art piece is about to be finished.  Aside from keeping busy with carving, Isacie enjoys spending time with his family and friends.  He hopes to travel one day, saying he would enjoy the opportunity to do a carving demonstration in a gallery that sells or holds his work.