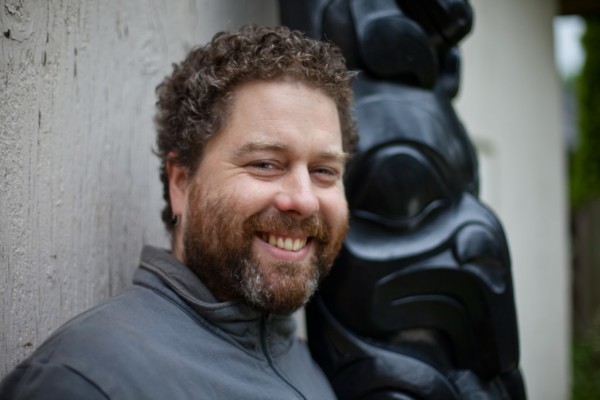 Gwaai is a Haida artist known primarily for his metalwork. He also works with a variety of media including bone, slate, and wood.

Alongside being an illustrator, Gwaai also has a passion for story and language. As a founding member of the K’aalts’idaa K’ah Storytelling Society, he has had a role in numerous productions, including the Haidawood stop-motion animation suite, the Haida staging of Sounding Gambling Sticks, and as a consultant in Bruce Ruddell’s Beyond Eden.

Along with a life of learning from his father, Guujaaw, Gwaai was also trained by Bill Reid. He continues to learn through the generosity of senior artists and collaborators.