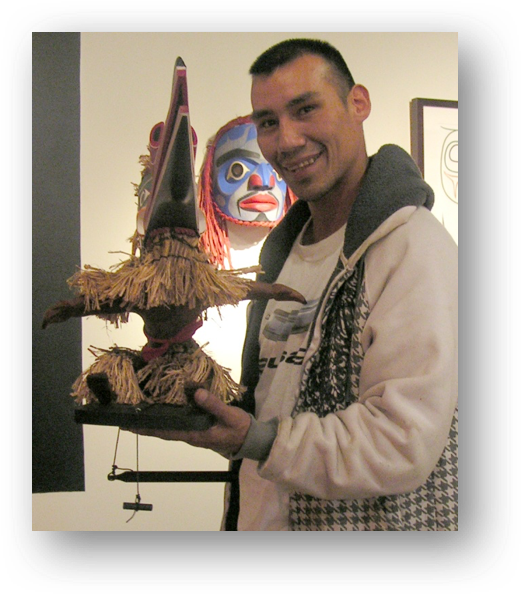 Gary Starr was born in Rochester, New York in 1973. His birth father is Cree, and his mother is Mohawk. When Gary was 5 years old, his mother married his Dad, Reg Scow, who is Kwakwaka’wakw.

Starr has always been cut out for art. He is currently one of the finest carvers of puppets and articulated masks. The movement that he can create using joints and pulleys is amazing.

As a young man, Gary traveled the Pow Wow trail on his own. He first began Fancy Dancing, then Grass and Hoop Dancing. He became a champion Traditional Dancer.

He made his living for years as an actor for television and feature films. Some of his work includes “Bordello of Blood”, Tales of the Crypt”, and CBS’s “North of 60”, in which he played the town bully.

When "North of 60" went off the air, Gary took up carving in the Kwakwaka’wakw style. Barry Scow, of Alert Bay was Gary’s mentor and teacher. Other First Nations carvers such as Beau Dick, Wayne Alfred, and Stan Hunt III have also greatly influenced Gary.