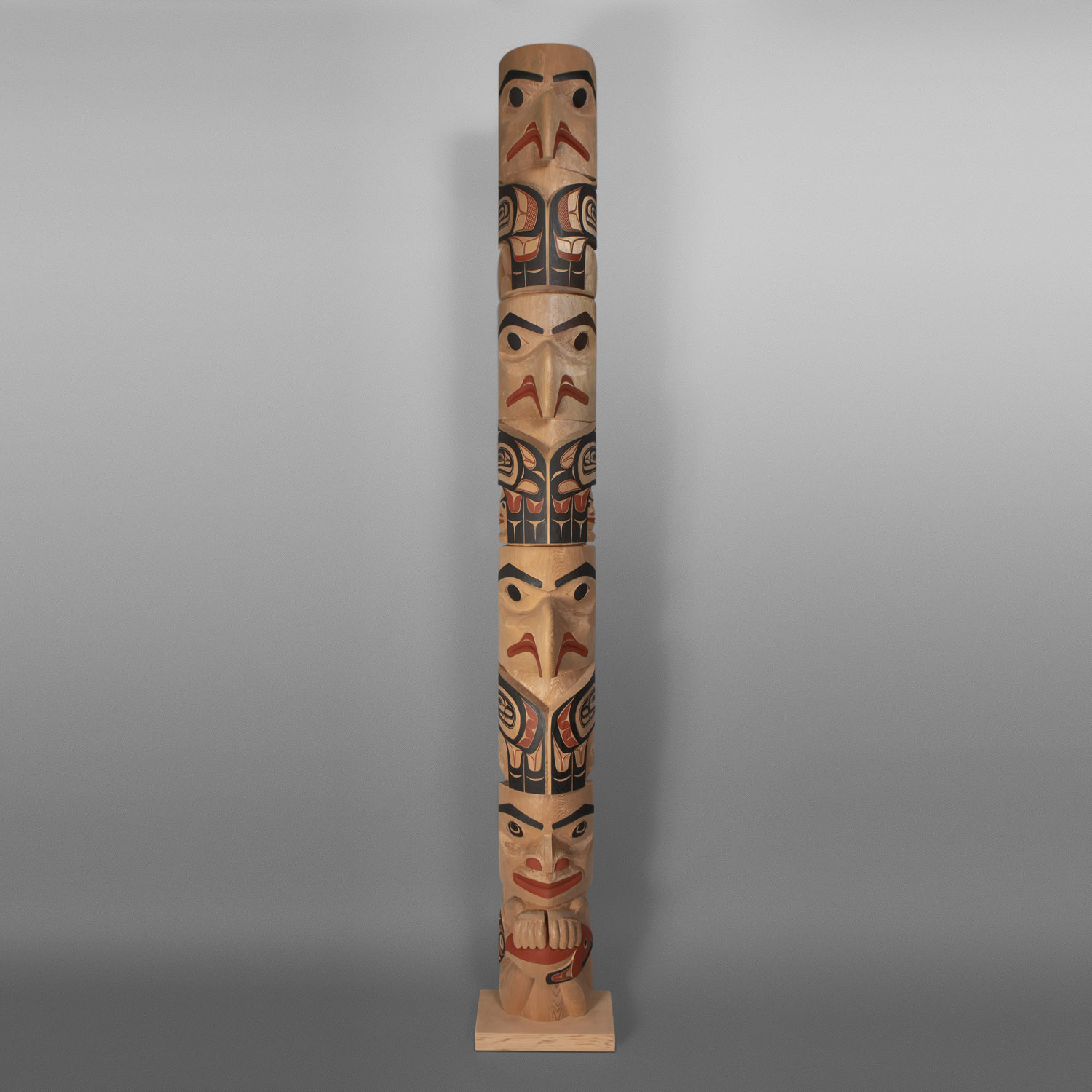 The Boy Who Fed The Eagles Totem Pole 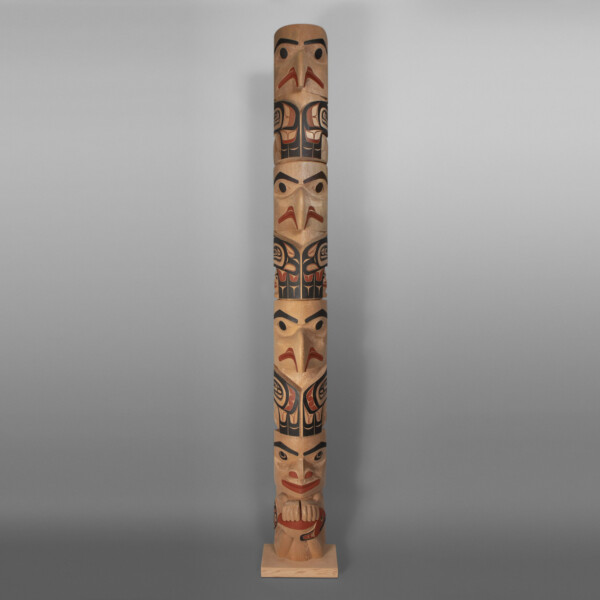 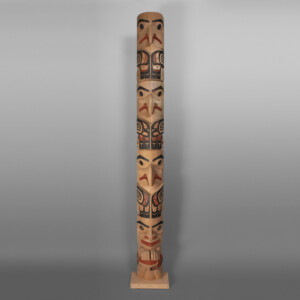 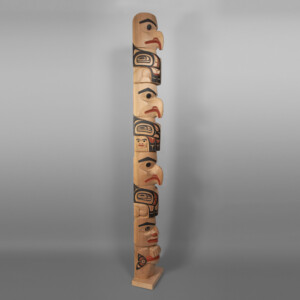 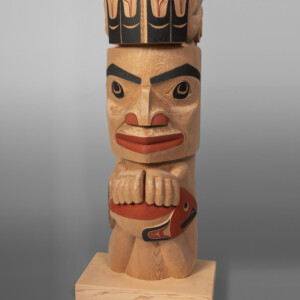 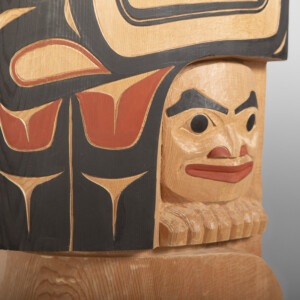 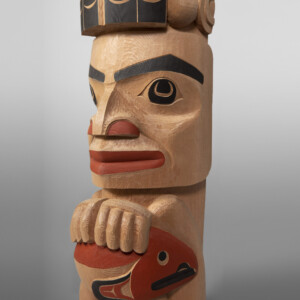 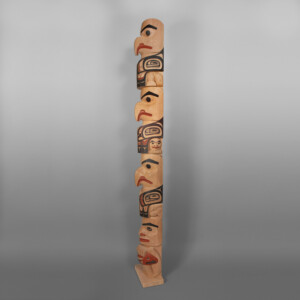 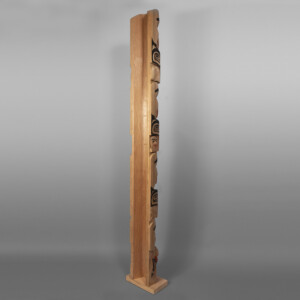 "This totem pole, my 81st totem pole, is a story of the “Boy Who Fed the Eagles.” There was a young man who seemed to have really good luck catching Salmon He had a couple of friends with him and they would go and catch Salmon and they noticed he would go off by himself with  a Salmon and come back without it. They trailed him, they followed him one day and they saw him go into this little shack near the beach and he’d go in there and he’d close it up and the Eagles would come down and an Eagle would go inside this little shelter and then come out  again and fly away with a Salmon. This really made his friends curious and so they followed him  and although he told them “don’t follow me, don’t come down there, don’t look in”, but they did and his one friend went down and peeked in and he saw that this young man had transformed into Salmon and he was sacrificing himself to the Eagles so the Eagle could be fed. When the friend saw him, he changed everything and then the man could not return back to being human and he went to live with the Salmon for the rest of time. Now, on this totem pole there are the three Eagles that the young man at the bottom holding the Salmon was feeding and then two small figures in the middle Eagle that represent his friends who were with him  when he was trying  to feed them. This is old growth cedar."

Push play in the video above to hear David's description of the piece.

The Boy Who Fed The Eagles Totem PoleDavid A Boxley Sold