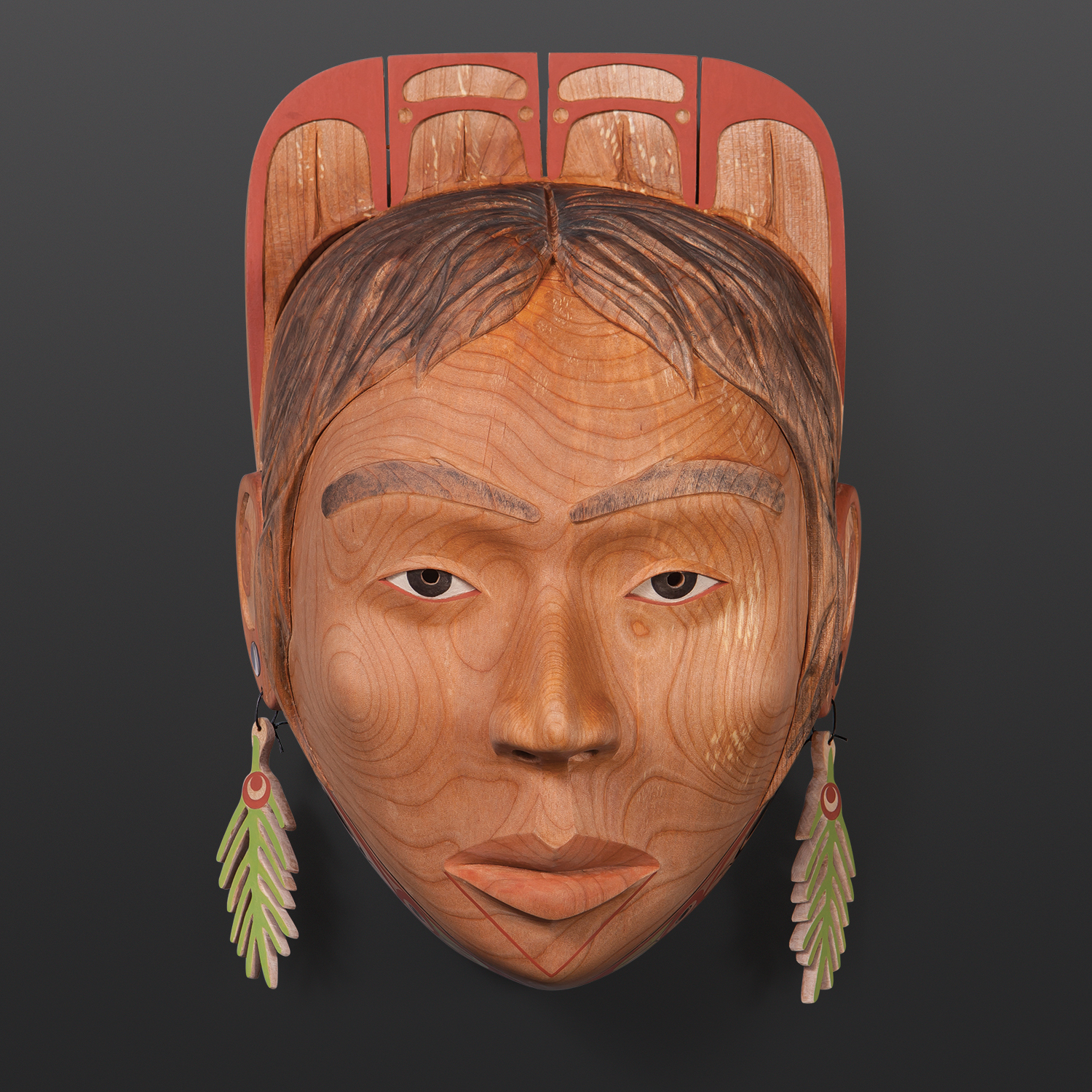 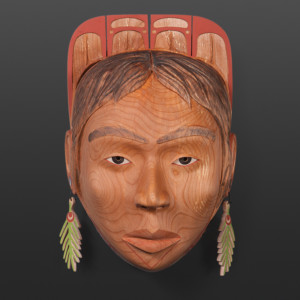 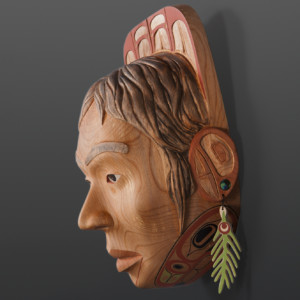 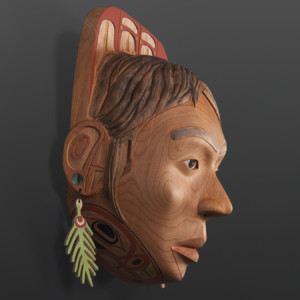 The Raven’s Mother represents an important character in the myth of how light came to the world. In this story, Raven discovered that the Light was being kept by an old Chief, so he hatched a plan to get it. He transformed into a pine needle and floated in the stream that the Chief’s daughter drank from. She became pregnant by ingesting the pine needle and Raven was born into his human form. The Chief loved his new grandson deeply. After many years of coaxing, Raven convinced his grandfather to show him the Light, which he immediately stole and flew off into the darkness. The Chief was angry that he had been so fooled, but for the first time he saw his daughter’s face and she was so beautiful that he became glad for Raven’s trickery.