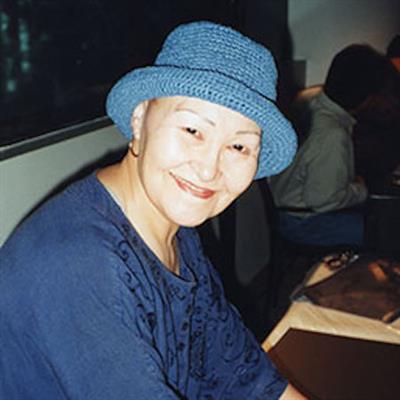 Germaine Arnaktauyok is an exceptional artist from Arctic Canada. She was born in 1946 in a campsite thirty miles from Igloolik, called Mingatuk.

Since childhood she has yearned to express her love of story and myth. Mindful of her Inuk background, Germaine has captured an almanac of events past and present. Her images depict ceremonies, customs, superstitions and reality. Her innate perception of her culture has enthralled collectors and enthusiasts, including anthropologist and archeologists.

Germaine’s work has appeared on both the $2 and $200 dollar coins produced by the Royal Canadian Mint. She has illustrated children’s books in Ottawa, Manitoba and Japan. Her images are found in museums and embassies around the world.

The rich and beautifully colored aquatint etchings depict a kaleidoscope of her Igluingmiut heritage, ranging from philosophy to astronomy to mythology of Inuit bygone times. The images interpret the oral history telling of the mystiques and curiosities of how life began; of the influence of outside spiritual forces; and the importance of a strong harmony and respect for all forms of life on earth.

Germaine Arnaktauyok has the uncanny ability to transport the viewer to the cold, windswept world of the far north with just one look. Her work is magical, powerful and peaceful, all at once.