Raymond Shaw was born in 1982 in Campbell River B.C. He is a member of the 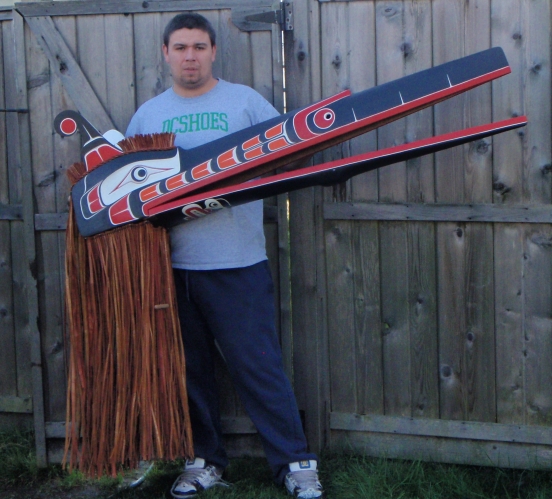 Weiwakum band of the Laichwiltach people, who are southern Kwakwaka’wakw. They inhabit the region between the village of Cape Mudge and Campbell River on Vancouver Island.

A self-taught artist, Raymond began carving and drawing at a very early age. Having an interest in his native heritage, Raymond found inspiration from museums, books, the late Willie Seaweed, and other artists within his community. After many years of carving, he began working under the keen eyes of renowned carvers Tom Hunt and Gordon Dick.

Ray has work in private collections across North America and his pieces can be found in museums in London UK, Mexico City and Vancouver.