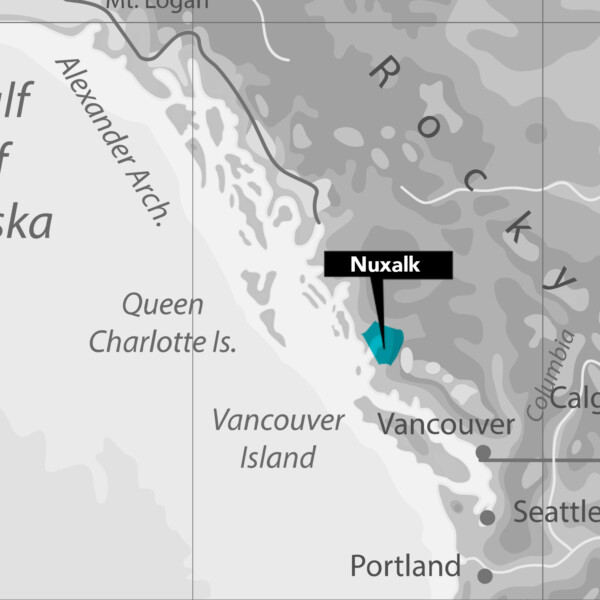 The Nuxalk People are from Central British Columbia and at present the majority of the population reside in Q’umk’uts’ at the confluence of the Bella Coola River and the Pacific Ocean. The Nuxalk language is of the Salishan Dialect despite being geographically removed from traditional Coast Salish territory. The mountainous territory surrounding the Nuxalk and the waterways at their doorstep provided ample resources to feed the people and gather for trade.