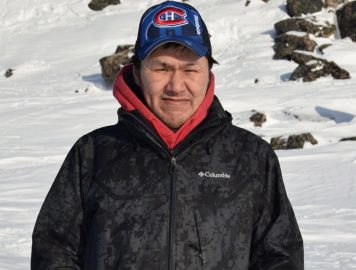 Kelly was the youngest in the family.  His father Etidlooie carved humans, birds and seals.  Kellypalik learned to carve by watching his elders and by helping his sister Omalluk. He carved his first piece which was a bird at the age of 15 and continued to work on his skills as a carver. He moved to Montreal for five years and worked with Moe Pootoogook, Markoosie Papigatok, Teevee Atsealak and Pauloosie Joanasie.

In the past, Kelly was known for his carved masks with human faces and birds incorporated into the design.  Over the past few years, Kelly has been exploring the theme of wildlife grooming themselves.   A bird preening with a delicate feather in it’s beak and a beautiful outstretched wing.   The scratching musk ox with detailed hooves and a turned head.  Kelly captures the intimate moments of birds feeding their young. His favourite bird to carve is the owl. 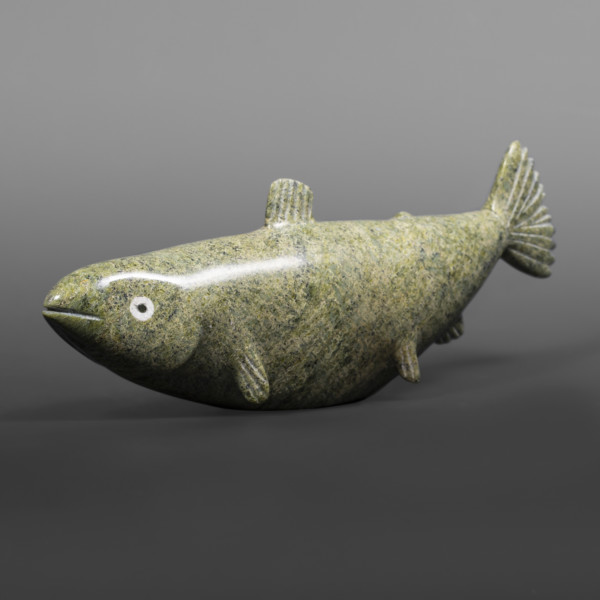 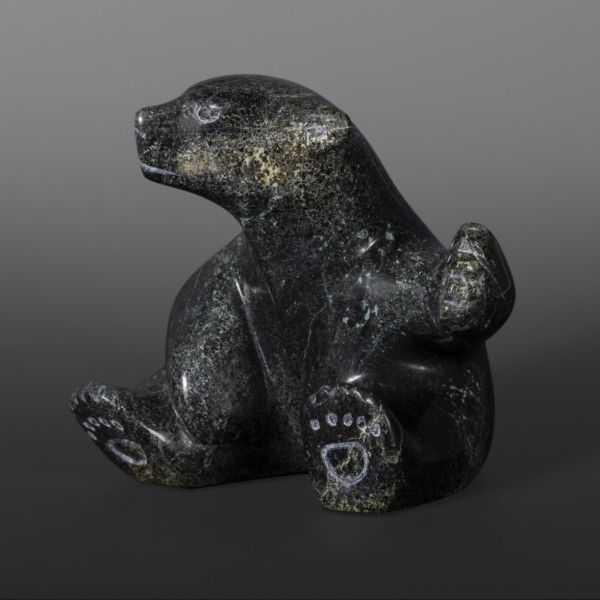