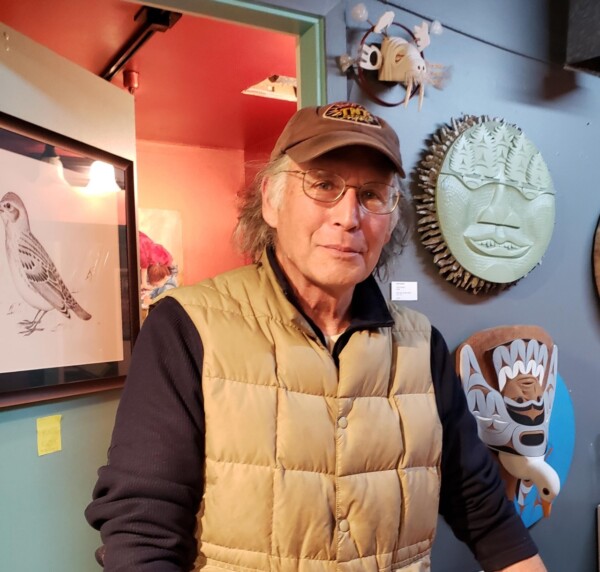 Greg has been described as an artist, fisherman, poet, and philosopher. He was trained as an educator in creative writing, with degrees from both Western Washington University and the University of Washington. He has taught both in the Native American Studies Program at Evergreen State College and in elementary and high schools at Neah Bay.

He began training as a carver in 1978.  Two of his pieces were included in the traveling exhibition Lost and Found Traditions. Colfax carved a 12-foot figure of a woman drumming for the Native American Studies Program at Evergreen State College, and he also produced a 50-foot carved and painted cedar mural for the Tukwila City Hall. He has researched the collections at the Burke Museum, Royal British Columbia Museum, and the Makah Cultural and Research Center. He consults with Makah elders about the meaning and uses of art objects and utensils. Today he is a master carver in Neah Bay. In addition to his many original carvings, Colfax also restores older pieces