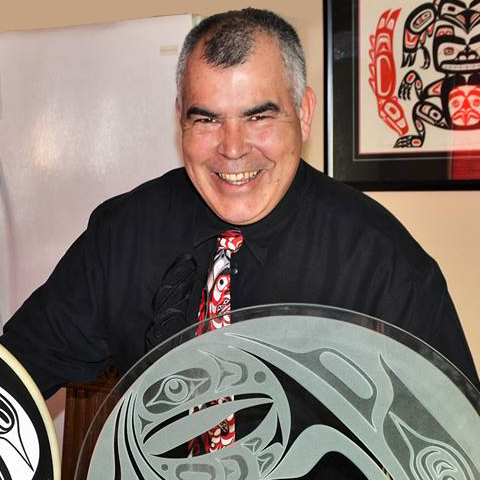 James Sawyer was born on Haida Gwaii in 1969 and is a member of the Giidins Clan from Skidegate Village.

James began apprenticing under the Haida artist Pat Wesley in 1992, creating prints and designs for blankets and other dance regalia.

Five years later, James began working as an artist on a full time basis. He became renowned for his wood-carvings, mainly bentwood boxes, paddles and panels.

In 2004 James began carving in gold, copper and silver. His jewelry has been very well received and he has found success and enjoyment in creating in the medium of metal.

James lives in Masset with his family and is an active member of his community. He spends much of time working with Haida youth to encourage the growth and development of Haida art and culture.