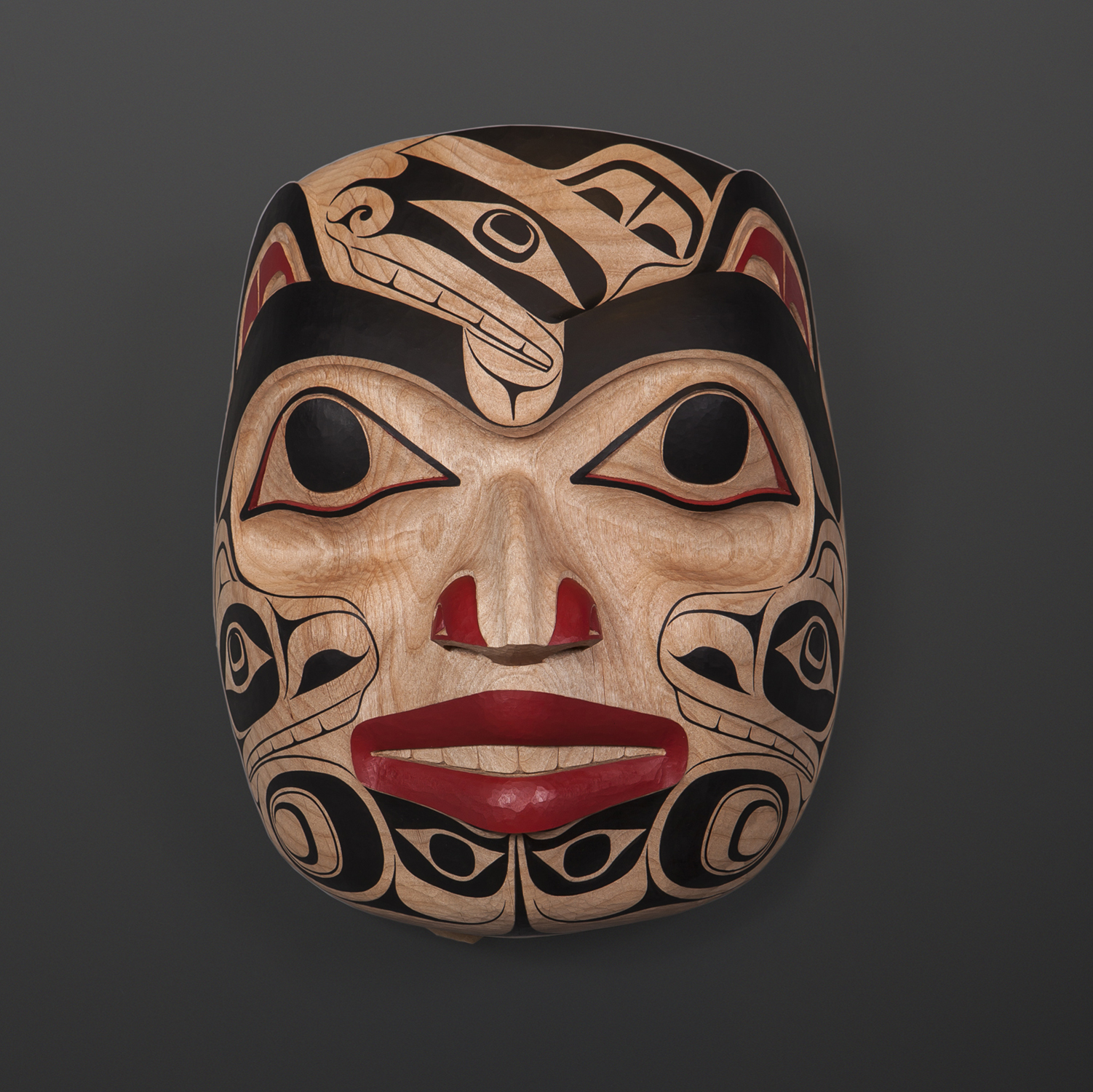 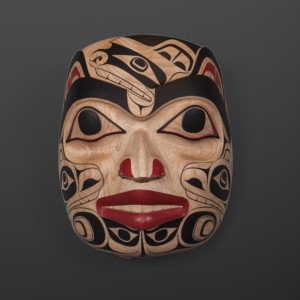 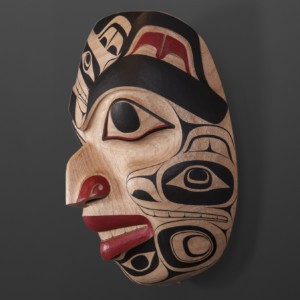 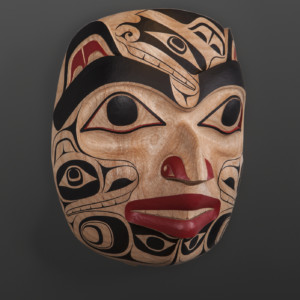 The black bear, one of the few mammals native to the archipelago of Haida Gwaii finds himself in many stories. One such story is that of the Bear Mother, a woman of high rank who finds herself taken to a Bear village. She insults a Bear, falls in love with a man, and finds out that they are one and the same. That Bear is depicted in this mask, in his human form. The ear shapes carved above his brow, as well as the shape of his nose and nostril details, show hints of his animal form. The woman in the story marries the Bear and gives birth to twin cubs, shown on either side of the mask. The transformative nature of this being is represented in the play on positive and negative space within the painted figures.